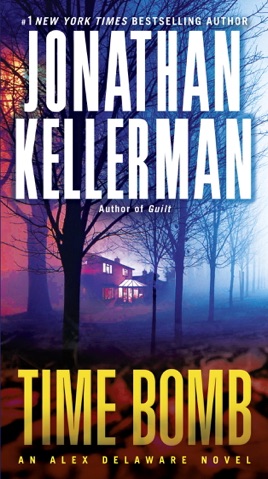 BONUS: This edition contains an excerpt from Jonathan Kellerman's Guilt.

By the time psychologist Dr. Alex Delaware reached the school the damage was done: A sniper had opened fire on a crowded playground, but was gunned down before any children were hurt.

“Virtually impossible to put aside until the final horrifying showdown.”—People

While the TV news crews feasted on the scene and Alex began his therapy sessions with the traumatized children, he couldn’t escape the image of a slight teenager clutching an oversized rifle. What was the identity behind the name and face: a would-be assassin, or just another victim beneath an indifferent California sky? Intrigued by a request from the sniper’s father to conduct a “psychological autopsy” of his child, Alex begins to uncover a strange pattern—it is a trail of blood. In the dead sniper’s past was a dark and vicious plot. And in Alex Delaware’s future is the stuff of grown-up nightmares: the face of real human evil.

Jonathan Kellerman
The Murderer's Daughter
4.0 of 477

Jonathan Kellerman
The Wedding Guest
4.0 of 990
Most Favorite
Most Search Book
CLOSE [x]