A Commonwealth of Thieves - Thomas Keneally

Posted by Mitchell Stiedemann
83 of 977 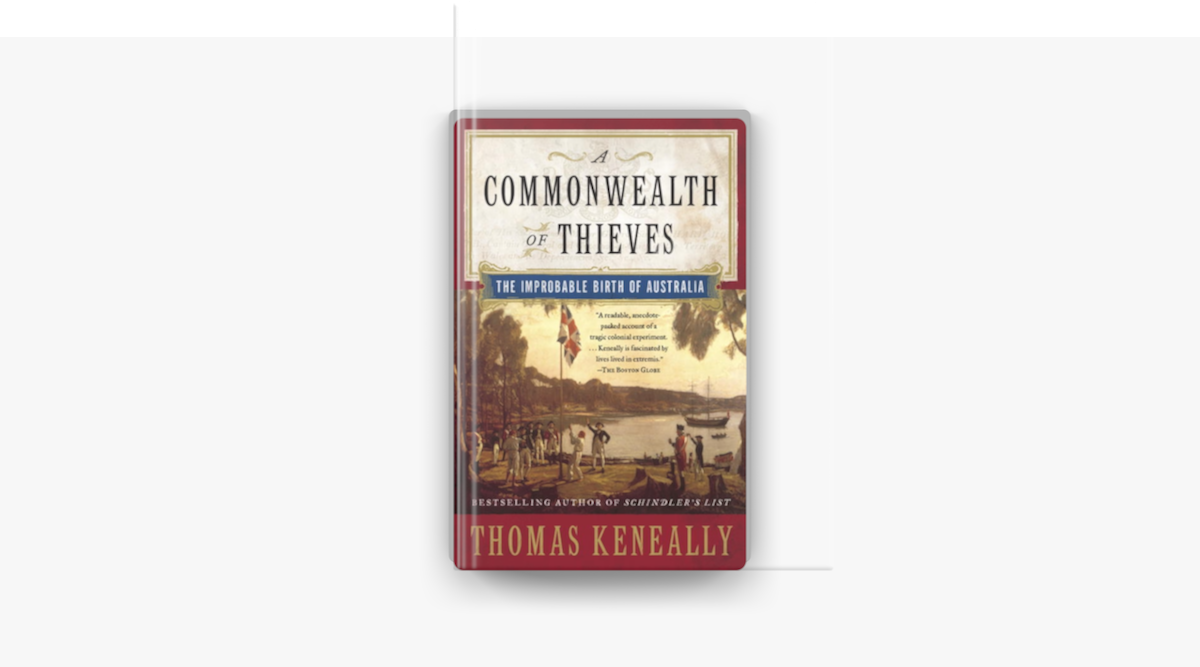 Keneally (Schindler's List) offers a novelistic chronicle of the founding of the colony now known as Australia, focusing on the first five years, 1788 to 1793, when the initial flotillas of boats carrying convicts, their military guard and administrators arrived in New South Wales. At the book's center is the relationship between Arthur Phillip, the pragmatic first governor, and Woolawarre Bennelong, the Aborigine who eventually served as a liaison between the settlers and natives. Keneally describes their first meeting "as fateful and defining as that between Cort s and Montezuma, or Pizarro and Atahualpa." Using their relationship as a prism, Keneally depicts the instances of tense commingling between the two communities. His historical narrative is so detailed as to at times feel dutiful. He's most successful serving up some of the dozens of pithy mini-portraits of the lowborn settlers. Like Robert Hughes in his seminal The Fatal Shore, Keneally seeks to correct some of the clich s that have arisen. He's careful to point out that the few thousand convicts sent to the colony were hardly the worst of the worst. Keneally's new consideration won't replace Hughes's definitive work, but with its colorful and eloquent prose, it makes for a compelling companion piece, one that credits Phillip for most of the colony's success. Maps.