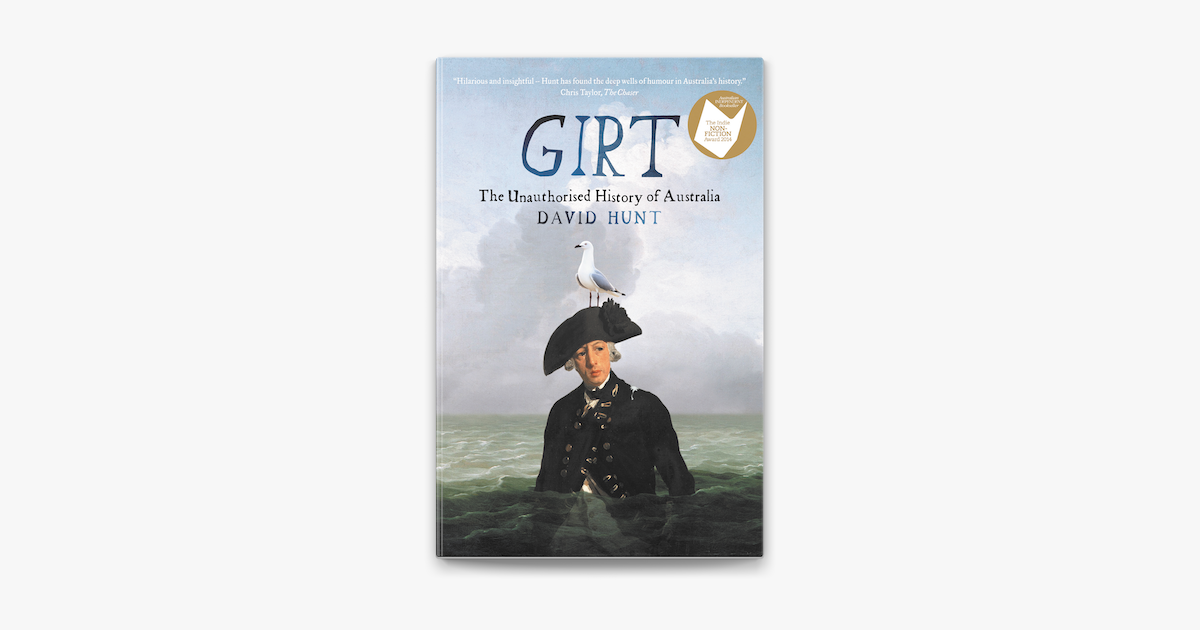 Girt. No word could better capture the essence of Australia...

In this hilarious history, David Hunt reveals the truth of Australia’s past, from megafauna to Macquarie – the cock-ups and curiosities, the forgotten eccentrics and Eureka moments that have made us who we are.

Girt introduces forgotten heroes like Mary McLoghlin, transported for the crime of “felony of sock”, and Trim the cat, who beat a French monkey to become the first animal to circumnavigate Australia. It recounts the misfortunes of the escaped Irish convicts who set out to walk from Sydney to China, guided only by a hand-drawn paper compass, and explains the role of the coconut in Australia’s only military coup.

Our nation’s beginnings are steeped in the strange, the ridiculous and the frankly bizarre. Girt proudly reclaims these stories for all of us.

Not to read it would be un-Australian.

Winner of the 2014 Indie Award for Non-Fiction

‘Australian history never looked like this! Beneath the humour is an interesting analysis backed by extensive research, which has uprooted some little-known historical gems. Girt will appeal to readers who enjoyed John Birmingham’s Leviathan as much as lovers of Chaser-style satire and the humour of John Clarke … and leaves this reader hoping there will be further instalments.’ —Books+Publishing

‘Girt … cuts an irreverent swath through the facts, fools, fantasies and frauds that made this country what it is today, hoisting sacred cows on their own petards and otherwise sawing the legs off Lady Macquarie’s chair. I was transported.’ —Shane Maloney, The Age Best Books of 2013

‘Girt is a ripping read… a humorous history that is accessible enough to share with the eight-year-old. Hunt’s writing interests span comedy, politics and history, a happy triumvirate when your subject is Australia.’ —Stephen Romei, The Australian

‘There is barely a page in Girt that won’t inspire a chortle. It’s our early history told by a writer with a wit sharp enough to slice tomatoes. But it’s not all jokes and jolly japes. David Hunt has done his research…’ —Herald Sun

‘David Hunt knows how to make the most of history’s juicy bits to hook the reader.’ —The Age