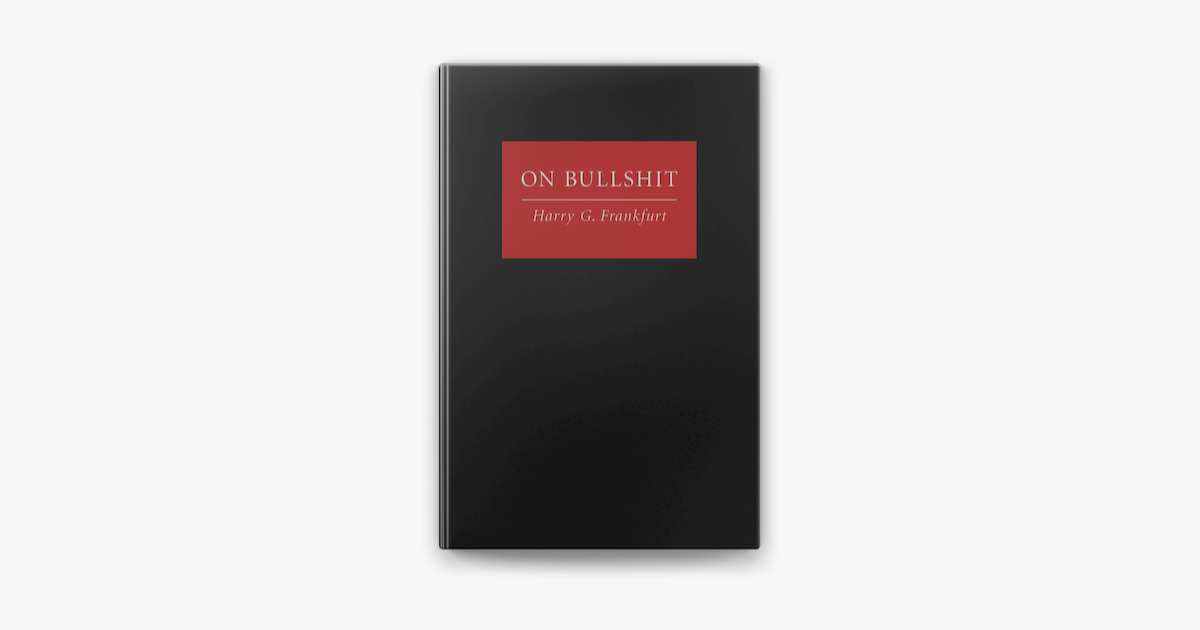 One of the most salient features of our culture is that there is so much b******t. Everyone knows this. Each of us contributes his share. But we tend to take the situation for granted. Most people are rather confident of their ability to recognize b******t and to avoid being taken in by it. So the phenomenon has not aroused much deliberate concern. We have no clear understanding of what b******t is, why there is so much of it, or what functions it serves. And we lack a conscientiously developed appreciation of what it means to us. In other words, as Harry Frankfurt writes, "we have no theory."

Frankfurt, one of the world's most influential moral philosophers, attempts to build such a theory here. With his characteristic combination of philosophical acuity, psychological insight, and wry humor, Frankfurt proceeds by exploring how b******t and the related concept of humbug are distinct from lying. He argues that bullshitters misrepresent themselves to their audience not as liars do, that is, by deliberately making false claims about what is true. In fact, b******t need not be untrue at all.

Rather, bullshitters seek to convey a certain impression of themselves without being concerned about whether anything at all is true. They quietly change the rules governing their end of the conversation so that claims about truth and falsity are irrelevant. Frankfurt concludes that although b******t can take many innocent forms, excessive indulgence in it can eventually undermine the practitioner's capacity to tell the truth in a way that lying does not. Liars at least acknowledge that it matters what is true. By virtue of this, Frankfurt writes, b******t is a greater enemy of the truth than lies are.