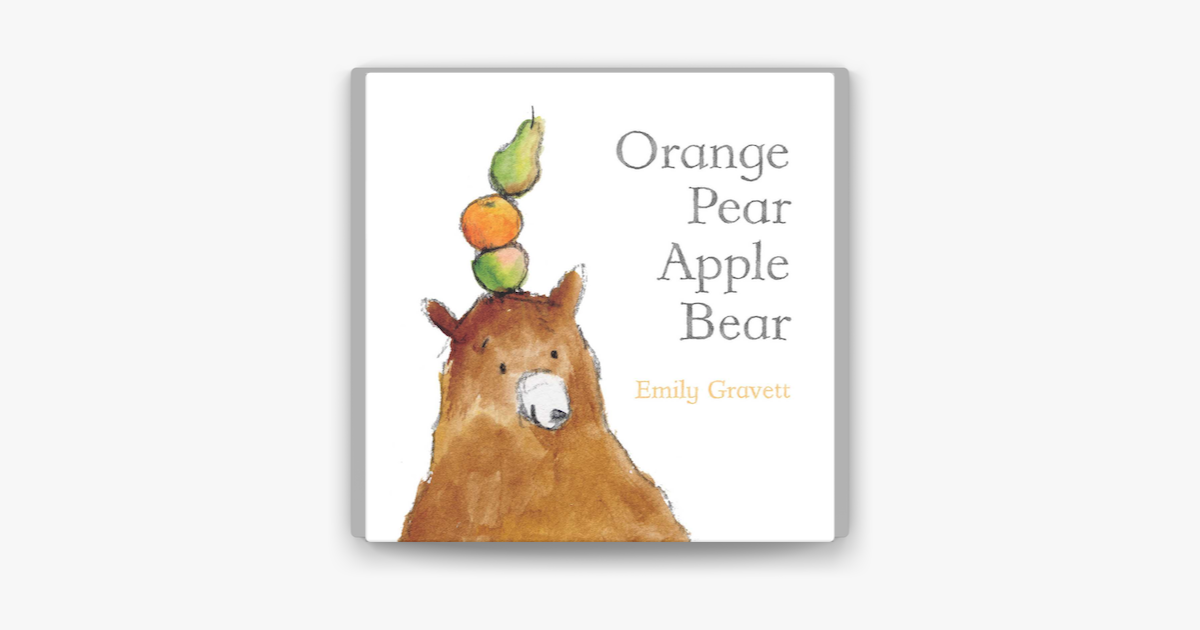 Gravett, who won the Kate Greenaway Medal for Wolves, has another winner here. Using just the four words in the title in various combinations (plus a fifth word for a punchline), she ingeniously chronicles a big friendly bear's encounter with some fresh produce. Some of the vignettes are semi-reality based: the bear juggles the fruit ("Apple, bear, orange, pear") and balances all three pieces on his nose ("Orange, pear, apple, bear"). But other spreads are thoroughly fanciful: in one, Gravett tints the pear bright orange, and renders the dubious-looking bear in the green and blush hues of a Granny Smith apple ("Orange pear/ Apple bear"). The ursine hero later makes a quick meal of each fruit ("Pear, bear") and trots off into the sunset to the sound of the satisfactory punchline: "There!" Gravett sets her simple, almost iconic watercolor images against crisp white backgrounds. The fruit looks good enough to eat, and the bear, who clearly relishes his moment in the spotlight, is a winning performer. Ages 1-4.