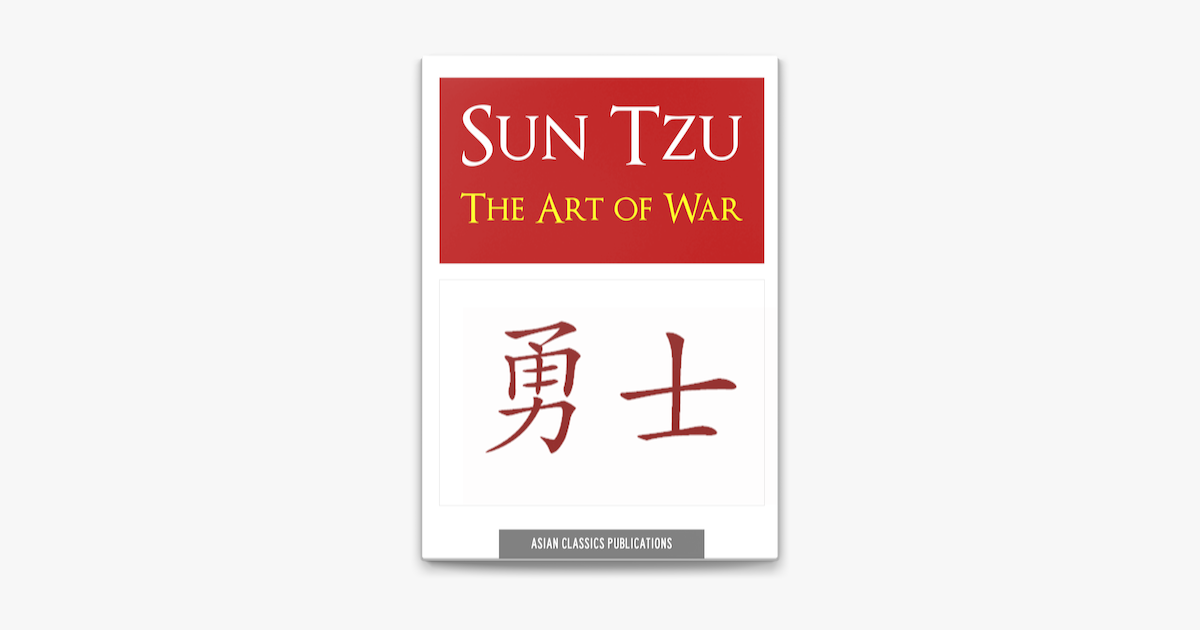 THE ART OF WAR

The Art of War is an ancient Chinese military treatise that is attributed to Sun Tzu (also referred to as "Sunzi" and "Sun Wu"), a high ranking military general and strategist of the Kingdom of Wu who was active in the late-sixth century BC, during the late Spring and Autumn period. (Some scholars believe that the Art of War was not completed until the subsequent Warring States period.

Composed of 13 chapters, each of which is devoted to one aspect of warfare, it is said to be the definitive work on military strategies and tactics of its time, and is still read for its military insights.

The Art of War is one of the oldest and most successful books on military strategy in the world. It has been the most famous and influential of China's Seven Military Classics: "for the last two thousand years it remained the most important military treatise in Asia, where even the common people knew it by name." It has had an influence on Eastern military thinking, business tactics, and beyond.

Sun Tzu emphasized the importance of positioning in military strategy, and that the decision to position an army must be based on both objective conditions in the physical environment and the subjective beliefs of other, competitive actors in that environment. He thought that strategy was not planning in the sense of working through an established list, but rather that it requires quick and appropriate responses to changing conditions. Planning works in a controlled environment, but in a changing environment, competing plans collide, creating unexpected situations.

Leaders as diverse as Mao Zedong, General Douglas MacArthur, and Napoleon have claimed to have drawn inspiration from the work. The Art of War has also been applied to business and managerial strategies.

All warfare is based on deception.
Never will those who wage war tire of deception.
I will force the enemy to take our strength for weakness, and our weakness for strength, and thus will turn his strength into weakness.
Seizing the enemy without fighting is the most skillful.
So it is said that if you know your enemies and know yourself, you can win a hundred battles without a single loss.
If you only know yourself, but not your opponent, you may win or may lose.
If you know neither yourself nor your enemy, you will always endanger yourself.

Sun Tzu has had a significant impact on Chinese and Asian history and culture, both as an author of the Art of War and through legend. During the 19th and 20th centuries, Sun Tzu's Art of War grew in popularity and saw practical use in Western society, and his work has continued to influence both Asian and Western culture and politics.