The Australian Army in World War I - Robert Fleming 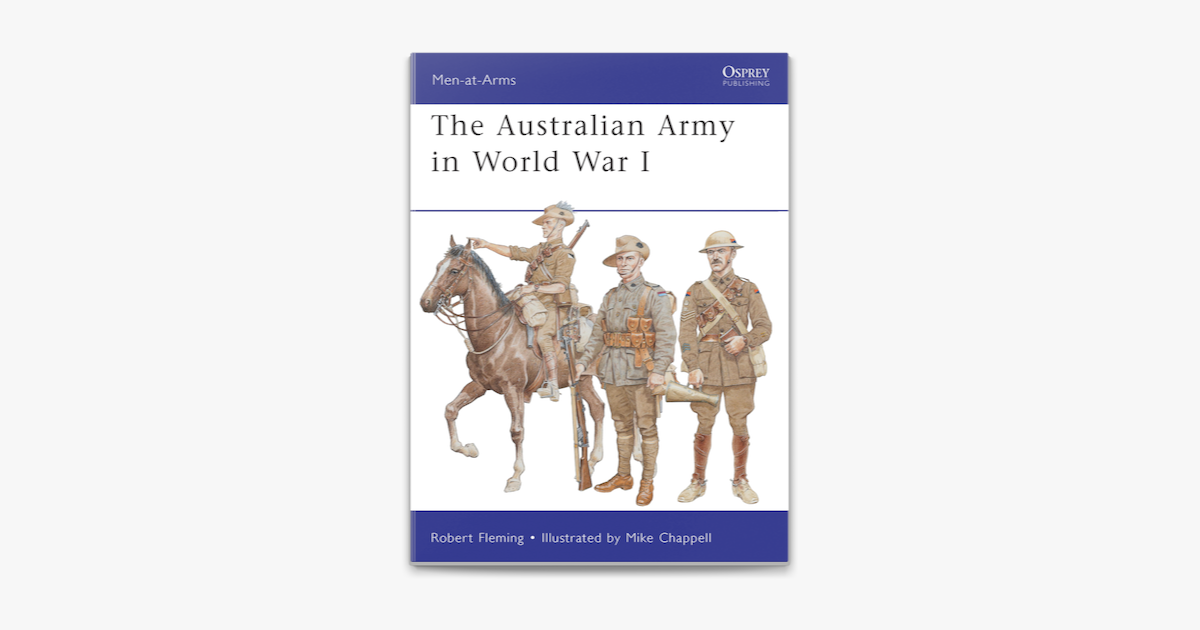 The importance of the Australian contribution to the Allied war effort during World War I should never be underestimated. Some 400,000 Australians volunteered for active duty, an astonishing 13 per cent of the entire (white) male population, a number so great that the Australian government was never forced to rely on conscription. Casualties were an astonishing 52 per cent of all those who served, ensuring that the effects of the war would be felt long after the armistice. In particular, their epic endeavour at Gallipoli in 1915 was the nation's founding legend, and the ANZACs went on to distinguish themselves both on the Western Front and in General Allenby's great cavalry campaign against the Turks in the Middle East. Their uniforms and insignia were also significantly different from those of the British Army and provide the basis for a unique set of artwork plates.