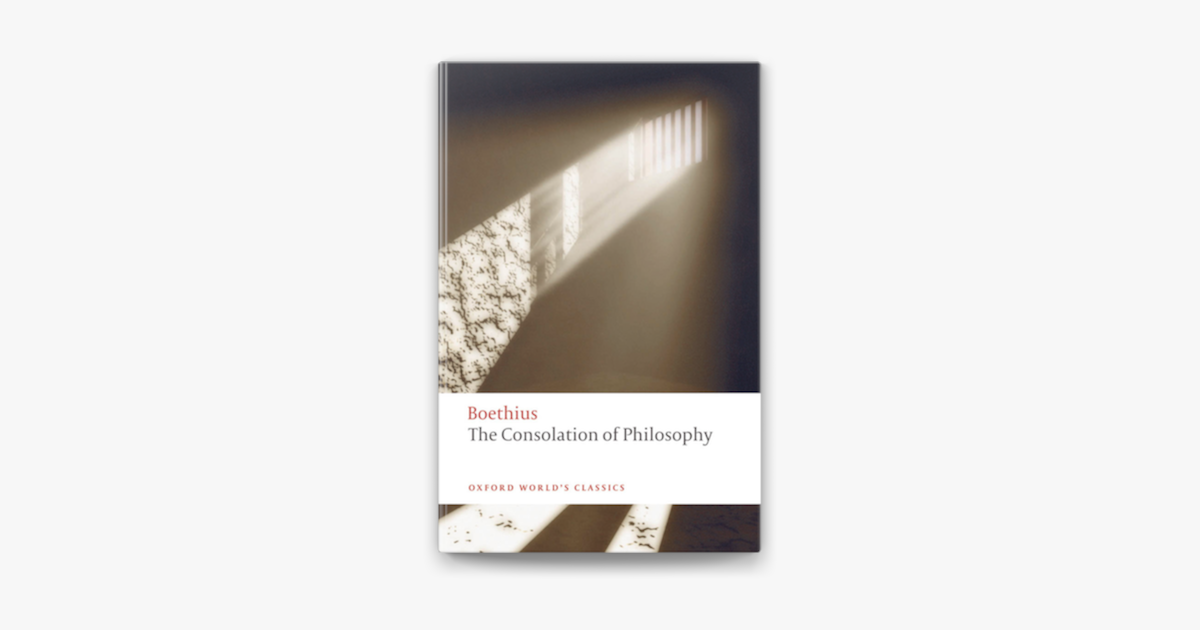 Boethius composed the De Consolatione Philosophiae in the sixth century AD whilst awaiting death under torture, condemned on a charge of treason which he protested was manifestly unjust. Though a convinced Christian, in detailing the true end of life which is the soul's knowledge of God, he consoled himself not with Christian precepts but with the tenets of Greek philosophy. This work dominated the intellectual world of the Middle Ages; writers as diverse
as Thomas Aquinas, Jean de Meun, and Dante were inspired by it. In England it was rendered in to Old English by Alfred the Great, into Middle English by Geoffrey Chaucer, and later Queen Elizabeth I made her own translation. The circumstances of composition, the heroic demeanour of the author, and the
'Menippean' texture of part prose, part verse have combined to exercise a fascination over students of philosophy and literature ever since.