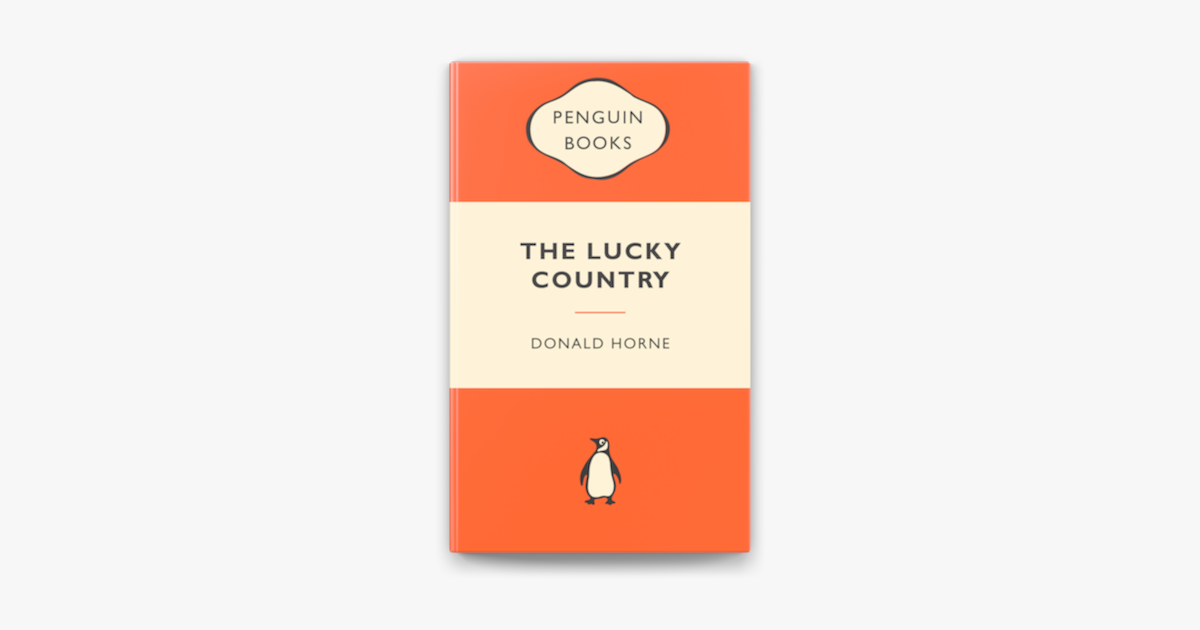 'Australia is a lucky country, run mainly by second-rate people who share its luck.'

First published in 1964 The Lucky Country caused a sensation. The book was a wake-up call to an unimaginative nation, an indictment of a country mired in mediocrity and manacled to its past.

Not too much to ask, was it? It was in 1935 when Allen Lane stood on a British railway platform looking for something good to read on his journey. His choice was limited to popular magazines and poor quality paperbacks. Lane's disappointment and subsequent anger at the range of books available led him to found a company - and change the world.

'We believed in the existence of a vast reading public for intelligent books at a low price, and staked everything on it.' Sir Allen Lane, 1902-1970, founder of Penguin Books

Reading habits have changed since 1935, but Penguin still believes in publishing the best books for everyone to enjoy, and that quality books published passionately and responsibility make the world a better place.