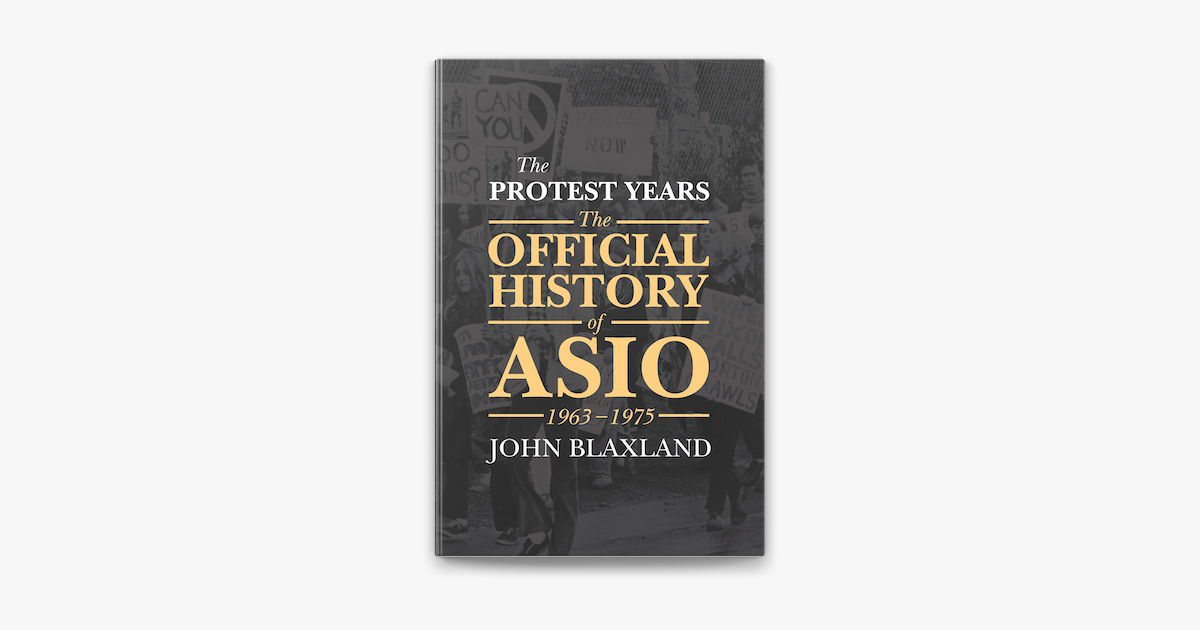 By 1963, Robert Menzies had been prime minister for thirteen years, Australia had its first troops in Vietnam, and change was in the air. There would soon be street protests over women's rights, Aboriginal land rights and the Vietnam War and unprecedented student activism. With the Cold War lingering, ASIO was concerned that protests were being orchestrated to foment revolution.

The Protest Years tells the inside story of Australia's domestic intelligence organisation from the last of the Menzies years to the dismissal of the Whitlam government. With unrestricted access to ASIO's internal filesand extensive interviews with insiders, for the first time the circumstances surrounding the alleged role of ASIO in the demise of the Whitlam government are revealed and the question of the CIA's involvement in Australia is explored. The extraordinary background to the raid on ASIO headquarters in Melbourne by Attorney-General Lionel Murphy and Australia's efforts at countering Soviet bloc espionage, as well as the sensitive intelligence activities in South Vietnam, are exposed.

This is a ground-breaking political and social history of some of Australia's most turbulent years as seen through the secret prism of ASIO.

The Protest Years is the second of three volumes of The Official History of ASIO.